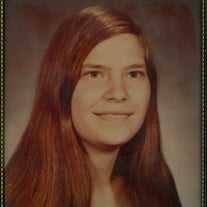 Angla Hicks Dickerson, &#8220;Mrs. Magoo&#8221;, age 62, of Trenton, GA died peacefully in her sleep Wednesday February 21, 2018 at her home. She was a member of the New England Seven-Day Adventist Church from a very young age. She was... View Obituary & Service Information

The family of Angla Darlene Dickerson created this Life Tributes page to make it easy to share your memories.

Send flowers to the Dickerson family.