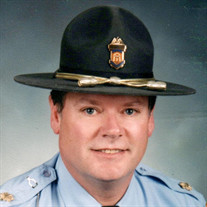 Dale Thomas “Tom” Brown of Trenton, GA went to be with his Lord and Savior, Sunday March 1st, 2020. Tom was a member of Rising Fawn Baptist Church. He was preceded in death by his father and mother, J. Dale Brown and Emily E. Brown of New England, GA. He is survived by his wife and best friend Bess Anne Brown, daughter Shannon Bacon, son-in-law Trey, grandchildren, Sydney and Andrew Bacon, his brother in law, Steve Dew and wife Sheri, niece Stephanie Garrison (Michael) and nephew Stephen (Brandy) and nieces and nephews, Chase, Brady, Tate Garrison and Avery and Tillman Dew and many beloved cousins. He graduated from Dade County High School where he was nominated “Most Athletic” in 1966. He joined the United States Army in November 1967 as an Infantryman Paratrooper. He completed Airborne training at Ft. Benning, GA. He was deployed to Vietnam in 1968 with the Recon Rangers platoon, 1st Battalion, 16th Infantry Division “The Big Red One” as Private First Class Paratrooper. He was wounded in action in August 1968 and received an Honorable Discharge in April 1970. He was awarded the National Defense Service Medal, Vietnam Service Medal, Parachutist Badge and Combat Infantry Badge. Tom received his B.S. degree in Criminal Justice from Brenau University and joined the Georgia State Patrol in 1971. After completing Trooper School he was assigned to the GA Executive Security Detail at the Governor’s Mansion under the Carter and Busbee Administrations. He traveled extensively with Governor Busbee in this capacity. From there he transferred to GA State Patrol Headquarters where he retired as Major, Division of Administrative Services after 29 years. One of his proudest accomplishments was being assigned to the State Olympic Law Enforcement Command (SOLEC) where he helped plan and provide security for the 1996 Olympic Games in Atlanta. Tom was proud of his service with the Georgia State Patrol. Tom’s love of fast cars and motorcycles led he and Bess to join “The Buckhead Bikers” group in Atlanta where they took many fun trips and created lasting friendships. Tom loved God, his Country and his family and always let everyone around him know. He was a joy to be around and could be quiet and caring as well as the life of the party. He had a gift for remembering details like everyone he played with on the Little League baseball team and that they were the first team to play under lights. He was an avid viewer of Fox News, NASCAR, Braves baseball and Alabama football. He was blessed with many friends who were like family. Funeral services will be held Wednesday, March 4, 2020 at 2:00 p.m. at the Rising Fawn Baptist Church with Rev. Robby Dunn & Rev. Ed Johnson officiating. Interment will follow in Bethlehem Cemetery with full military honors. Please share expressions of sympathy at ryanfuneralhome.net. In lieu of flowers, contributions may be made to Rising Fawn Baptist Church or the Wounded Warriors Project. The family will receive friends on Tuesday, March 3, 2020 at Ryan Funeral Home from 5:00 p.m. until 7:00 p.m. and Wednesday from 12:00 p.m. until the service hour at Rising Fawn Baptist Church, 4411 U.S. Highway 11, Rising Fawn, GA 30738. Arrangements are by Ryan Funeral Home & Crematory, Trenton, GA

Dale Thomas &#8220;Tom&#8221; Brown of Trenton, GA went to be with his Lord and Savior, Sunday March 1st, 2020. Tom was a member of Rising Fawn Baptist Church. He was preceded in death by his father and mother, J. Dale Brown and Emily E.... View Obituary & Service Information

The family of Dale Thomas "Tom" Brown created this Life Tributes page to make it easy to share your memories.

Dale Thomas “Tom” Brown of Trenton, GA went to be with his Lord...

Send flowers to the Brown family.