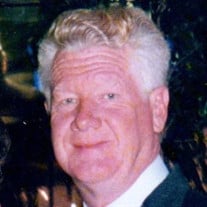 Franklin Lee Lane, Sr., age 72, of Cloudland, GA passed at his residence surrounded by his family Friday afternoon. He was a Truck driver that loved his job and also a farmer. He also owned Lane Construction. He was a member of Head River... View Obituary & Service Information

The family of Franklin Lee Lane Sr. created this Life Tributes page to make it easy to share your memories.

Send flowers to the Lane family.