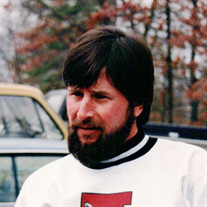 James Richard Liles, 66, of Trenton, GA died Monday night October 19, 2020. He was retired from Valmont Industries in Jasper, TN. He was veteran of the U.S. Air Force. He was of the Baptist faith. He was a graduate of Rossville High School... View Obituary & Service Information

The family of James Richard Liles created this Life Tributes page to make it easy to share your memories.

Send flowers to the Liles family.