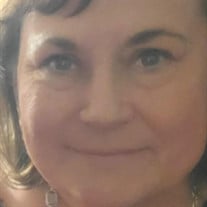 Paula Kay Clark Tremayne of Trenton, GA, passed away suddenly on the morning of March 11, 2022. She was 58 years old. Born to Leonard Paul Clark, Sr. and Kathleen Jeanette Clark on May 15, 1963, in Chattanooga, Tennessee, she spent her childhood and young life in the Chattanooga area and graduated from Chattanooga City High School in 1981. Paula spent the last 22 years in the medical field. She helped found Retina Consults, PC in 1999 and culminated her career as the Administrator for Southeastern Retina Associates in Chattanooga, Tennessee. She was married June 20, 2015 to Danny Tremayne. They lived together with their dogs, Maggie and Thor, on Sand Mountain in Trenton, Georgia. Paula is survived by her husband, Danny Tremayne and his son Michael Tremayne. Surviving siblings include Janet Ann Pell, Barbara Jane Grimes (Brian Grimes, Sr.), Kathy L. Breazeale (Richard Breazeale, MD), and Leonard Paul Clark, Jr. (Leslie Clark). Nephews and nieces include, Wendy, Tim and Tabitha (children of Irene), Chris and Josh (children of Janet), Christina and Samuel (children of Barbara and Brian), Noah, Jacob and Thomas (children of Kathy and Richard), and Trey (son of Paul and Leslie). She is predeceased by her sister Irene Louise Sims. Visitation will be held at Ryan Funeral Home on Friday March 18, 2022 from 4:00 pm to 8:00 pm. Another visitation will be held on Saturday March 19, 2022 from 11:00 am to 1:00 pm prior to the service to be held at 1:00 pm in the funeral home chapel with Ministers Gary McDade & Jason McDade officiating. Her body will be laid to rest at Brown Gap Cemetery on Saturday after the funeral service. A reception is planned at Tiftonia Church of Christ on Browns Ferry Road after the burial. Expressions of sympathy may be shared at ryanfuneralhome.net. Arrangements entrusted to Ryan Funeral Home & Crematory, Trenton, GA

Paula Kay Clark Tremayne of Trenton, GA, passed away suddenly on the morning of March 11, 2022. She was 58 years old. Born to Leonard Paul Clark, Sr. and Kathleen Jeanette Clark on May 15, 1963, in Chattanooga, Tennessee, she spent her childhood... View Obituary & Service Information

The family of Paula Kay Clark Tremayne created this Life Tributes page to make it easy to share your memories.

Send flowers to the Tremayne family.