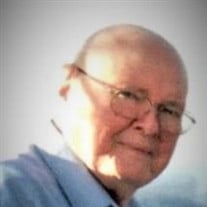 Raymond Eric Powers, Jr., 83, of Lookout Mountain, GA, passed away on Sunday, November 28, 2021 due to complication of covid 19. Raymond was born in Chattanooga, TN on February 27, 1938, was a graduate of Central High School, Massey Business... View Obituary & Service Information

The family of Raymond Eric Powers, Jr. created this Life Tributes page to make it easy to share your memories.