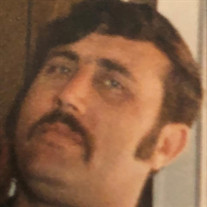 Ronald Wayne Lusk, Sr., 69, of Rising Fawn, Georgia, passed away on Friday, September 27, 2019 at his residence. Mr. Lusk was retired from the City of Chattanooga Public Works Department following 26 years of service. He was preceded in death... View Obituary & Service Information

The family of Ronald Wayne Lusk, Sr. created this Life Tributes page to make it easy to share your memories.