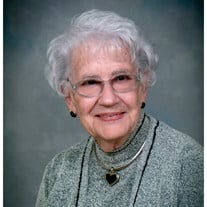 Willie &#8220;Tommie&#8221; Ophelia Patton, age 90, of Trenton, GA went to be with the Lord, Tuesday, May 23, 2017. Tommie was a longstanding member of Pleasant Grove Baptist Church who remained faithful and active until her death. She was a... View Obituary & Service Information

The family of Willie "Tommie" Ophelia Patton created this Life Tributes page to make it easy to share your memories.

Send flowers to the Patton family.